Round 4 NZ Vinduro Series Tokoroa - 9 May 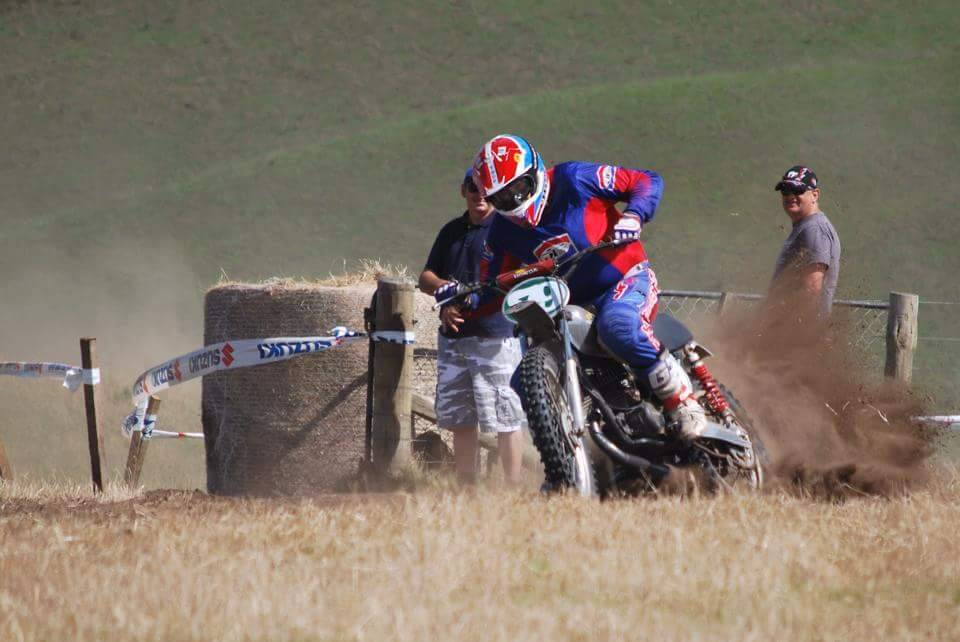 A poke in the eye with a blunt stick

The onset of 2021 brings some new hopes amongst ongoing challenges. In a world that is beset by carnage in every direction ranging from climate change, economic downturns,housing shortages, the virus etc it is good to be able to find solace amongst the vintage dirt bike community and the ability to get out and still ride when we can.

VMX NZ was able to knock off the first three rounds of the current season prior to Christmas with a good turn out at all events. In planning is round 4 at Patea, followed by the VMX Grand National at Easter in Levin and a further two rounds of the series with the final being in the Taupo region. The NZ VMX community is well supported by a strong membership and committee, and choice of venues which is able to sustain the events well into the future. Good stuff.

For the NZ Vinduro Series, the environment is a bit more challenging for a number of reasons. Vinduros attract fewer riders, require substantial effort to set up and run, require access to substantial land holdings and there are only a few key people  willing to organise and support the cause. This of course pains me as Vinduros are my passion – I love the physical, mental and mechanical challenges confronted in an endurance race – but I understand that this is not for everybody and hence why VMX is so popular as it is more accessible and more achievable for riders. So ultimately I think Vinduros in New Zealand need a bit of reset with fresh people and fresh ideas.

Of course recently I haven’t helped the cause. After the kind offer from Will Hobson to make his farm available to run round two of the Vinduro series at Ngawaka, I along with Perry Hunt and Lee Forsyth headed out to Will’s place in the backblocks of Central Hawkes Bay to do the first reconnaissance.  Preceding that week the Hawkes Bay had been hit with some serious rain which made the hill country pretty slick in places. Notwithstanding that we plotted out two loops that with some further refinement would have offered some 60kms of good riding – depending on whose speedo you believed!

Seperately I committed to Will that a second reconnaissance ride would be needed to refine the course intent and record more closely the distances, times and average speed to get that bit nailed before we committed to marking it all out. To achieve this, while we could have used speedos and watches I decided to use a GPS tracker called Relive which not only records critical time and distance data but gives you a route map and 3D video of the terrain ridden. Very cool.

The week after the second reconnaissance however my plans were severely derailed. Sitting at work compiling my emails, I noted a sudden onset of black spaghetti appearing in my left eyeball followed shortly thereafter with what I called white out conditions – snow blind. I remember thinking WTF - this isn’t good!

So with my good eye I quickly left work and hotfooted it the nearest optometrist that would take me - which in this case was SpecSavers. A 10 minute wait then the Optometrist did their inspection.  Within 5 minutes they had me on my way to hospital for an urgent assessment and intervention – things were not looking good – I couldn’t see anything and they couldn’t see into my eye. Hmmm – doubly not good!

At Wellington hospital the senior Ophthalmologist in short order identified that I had a double retina tear and eyeball haemorrhage and without urgent  surgery would face the full prospect of a full blown retina detachment, permanently diminished eyesight and/or possible permanent blindness. Oh joy.. So within short order I was placed on the slab, my eye put to sleep, two ports (needles) placed in my eye ball – one to suck out the blood and the junk out, and the other to allow access for the retina laser spot welder and to allow the insertion of a gas bubble to keep the eyeball under pressure.

Amazing really. The surgery was technically successful and within 24 hours I was back home. Now I am in recovery mode with every day the eye making some improvement but with strict instructions of no heavy lifting or physical workouts, stay below 500m and so on  – total recovery is likely to take some months. So with all that happening I made the call to cancel the Ngawaka Vinduro as practically I was unable to provide the necessary organisational support to run the event. As John Rushworth from Silver Bullet Events said - darn I thought 2021 was all going to be party hats!

With that aside there's still alot on to  look forward to with busy schedule of events.

Just in cl;osing, I now often now get asked what causes a torn or detached retina – there are two potential answers – the first is you get poked in the eye with a blunt stick or something similar, or second – old age. No need to guess which applies to me.

I will see you on the flip side – hopefully!